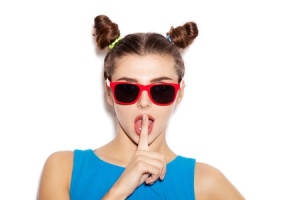 Yesterday, I had lunch with one of my best friends – let’s call her TC. My teenage daughter, Margaret was there, too, along with our younger kids.

I met TC when we were in 7th grade. We’ve been friends ever since. I never had a biological sister, so she and a few other lifelong friends are like sisters to me. Unlike a lot of friendships that got lost in the shuffle of 90’s life until social media transformed us with insta reunions, TC and I have never not been friends. Like family, we’re in it for the long haul.

TC knows things about me that even my husband doesn’t know. Not because I’ve deliberately hidden anything from him (you’d be astounded by how freakishly honest I am with people) but rather because most dogs have a better memory than me. Wait…what was I saying?

Margaret is at that age where I’m not sure what she knows and doesn’t know about. As the blossoming resident “know-it-all” she does a good job of faking it. So I forget sometimes that she’s still a kid. Lately, I start saying something that I would tell a girlfriend and then, mid-sentence, when I remember that I’m speaking to her, I have to make something up on the fly. I have almost no time to think on my feet and let’s just say I’m no Wayne Brady. Fortunately, she only listens to 11.2% of what I say. And only 1.49% sticks when she does.

When kids are young, you can talk about pretty much anything in front of them if you use enough euphemisms. It’s really a beautiful thing. But you can’t get away with that stuff once they get a little older.

Yesterday at lunch, I found myself caught between wanting to share things with TC and slightly concerned that something would come up that I didn’t want Margaret to know about. Now, understand, nothing gets past Margaret anymore because she’s started to master her “drive-by” listening skills. Couple that with the fact that she’s studied me like a book. She can probably tell you things about me that I don’t even know about myself (or want to know for that matter). I can’t remember what all those secrets are that I don’t want divulged, but make no mistake: they’re there. Just threatening to be discovered.

Don’t get me wrong. It’s not as if I feel like TC and my other closest friends who knew me when I was a kid would deliberately throw me under the bus and reveal my secrets of youth. (I think that would be a great name for a series by the way: “Next, on Secrets of Youth, Sarah finds out that her dad dated the family dog when he was 14…until Rover dumped him for the family ferret.)  Let’s face it though, things slip out. And once Margaret gets a whiff of a potentially juicy mom-as-a-teen story, she channels her inner Nancy Drew until her sleuthing pays off. She’s relentless.

That’s why I’ve decided to go tabloid on her. Just make a whole lot of wild and crazy stories up about my youth and “accidentally” leak them to her over the next few years. I’ll sprinkle in a few true ones, but nothing too damaging. That way, she’ll never know exactly what’s true or not. Keep her guessing, you know?

Which means my childhood secrets will remain just that. At least until I’m dead and she reads all my journals.  Which may or may not exist.

Do you tell your teenager your secrets of  youth? Why or why not? Really, I want to know. And feel free to share a secret or two. I won’t tell anyone.