When I was working in corporate full-time and teaching part-time at a local college, Margaret and her younger sister were in an after-school care program until 6 p.m. A few days a week a nanny would pick them up, the other few days, my husband and I would take turns racing to pick them up before it closed. If parents were late, you were charged $1 per minute. We had some expensive months.

In 2016 I made the career transition to be a contract writer so I could not only work with the clients of my choosing but more importantly, own my schedule. Something I was very excited about was the ability to pick my kids up from school when school actually ended – not 4 hours later. For so long I had imagined what it would be like to see their faces when they saw me at the gate waiting for them, eager to share with me all that they’d learned during the school day. In my head, I would be driving around like June Cleaver with a big smile on my face because everything was just right in the world.

Fast forward to my reality today. Muy different from what I had imagined in my Pollyanna glasses.

I’ve lived in Southern California my entire life, so I’m pretty accustomed to the traffic. But never in a million years had I anticipated how much I would loath picking up my kid from school. It is an experience I wish only on people I intensely dislike (that whole, “I wouldn’t wish that on my worst enemy” is such baloney and everyone knows it. Let’s be honest: God gave us an endless imagination which really comes in handy when we’re mad. Why should we waste this gift?)

Here is what I’ve learned from picking up my kids from school the past year:

On those days when I’m extremely frustrated, I start to reconsider my decision to leave corporate life. And imaging my best day in an employer-based situation is all it takes for me to come back to my senses and realize it’s never THAT bad.

It’s always different from how you’d imagined it.

But it could always be worse. 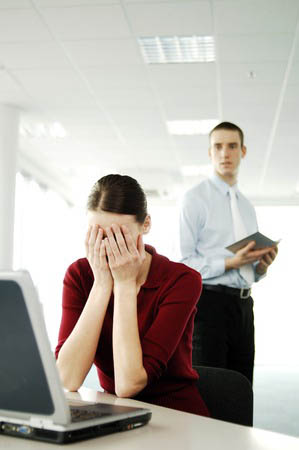